1-on-1 with Noah Hanifin: Team USA, Tennis, Training and More 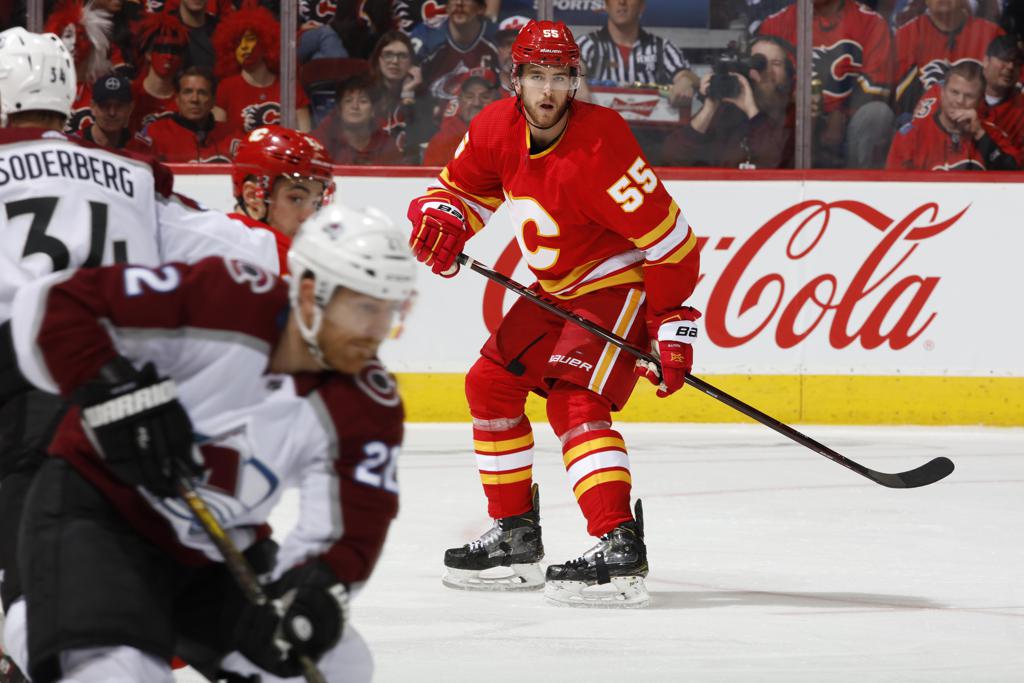 Calgary Flames defenseman Noah Hanifin’s season ended well before he would have liked, but the 22-year-old Norwood native is determined to make the most of it — and that included a trip to Slovakia for the IIHF Men’s World Championship in May.

We caught up with the first defenseman taken in the 2015 NHL Entry Draft, who talked about what it means to play for Team USA, why he’s picking up tennis this summer, and what his hockey training regimen will look like.

Mass Hockey: Was it hard for the season to end the way that did, with a first-round defeat?

Noah Hanifin: Yeah, it was, definitely. We had a great season the whole way. And you get to the playoffs, and it’s a great example that anything can happen. You saw what happened to Tampa Bay, and it’s tough. The playoffs are a different animal.

Mass Hockey: What's your perspective on momentum for teams in the playoffs?

Hanifin: I think the thing about playoffs, from what I’ve learned in my quick series so far, is that you get a lot of momentum in-game. When you score a goal or something happens, momentum shifts drastically in-game. But I think after the game ends, it’s a fresh start. As you saw [earlier in the series], Boston beats St. Louis, 7-2, then the next game St. Louis wins. I think each game starts fresh and no momentum is carrying over because everyone is so jacked up for each game. But, in-game, it changes so much more than in the regular season. The power plays and penalty kills, that stuff matters so much in the playoffs.

Mass Hockey: Nathan MacKinnon and Colorado put together some great games against you. How hard is it to contain those types of players?

Hanifin: I think he’s one of the top players in the league, top five, for sure. He’s such a powerful player, extremely skilled, great shot, so fast, and he just has a motor. Some players have motors where they don’t stop and they go 110 percent the whole shift. And I think he’s one of those guys. Very hard to contain as a defenseman when you’re playing against him. But, when you get to the playoffs, you’re going to play against all good players. For us, you have to learn to be harder as defensemen on players like him and not give him time or space.

Mass Hockey: You weren’t back east long before heading to Slovakia for the IIHF Men’s World Championship. How special is it for you to play for Team USA?

Hanifin: That’s how all of us feel as players. I played in three of them and I’ve played at the [U.S. National Team Development Program], so playing for the country means a lot to me. It’s always an honor and a privilege for sure.

Mass Hockey: Now that you’re back, what does summer look like?

Hanifin: For the summer, it’s a lot of golf. I have some friends that live down on Cape Cod in the summer, so, during the week, it’s working out and playing some golf. On the weekends, I'll head down to the Cape and see some buddies in Falmouth or Hyannis, and my family usually spends a week in the summer in Chatham.

Mass Hockey: When do you break out the skates again?

Hanifin: I’ll start skating on July 1. That's when I’ll hop back on the ice. I skate with a guy, Adam Nicholas, and I’ve been skating with him the past few summers. He’s been huge for me lately. He’s great, watches all my games, helps me out with some video and he’s just a really smart hockey guy. It’s a good group of us, too, including the Hayes brothers, Charlie Coyle and Colin White. We all get together and skate in the summer.

Mass Hockey: Will you play other sports?

Hanifin: I do for sure. A lot of golf, obviously, all the time, but I’m trying to pick up tennis. I think it’s a great sport and it translates to hockey with the footwork while you're working on overall athleticism. And it’s a fun game, too.

Mass Hockey: Are you playing to win, even in tennis?

Mass Hockey: How much working out are you doing away from the rink in the offseason?

Hanifin: I think it’s a mix. It changes every few weeks. There are phases in the summer. At the beginning, you want to repair your body from the season. From there, you want to build your strength and get stronger, and you lift a lot. As the summertime comes an end, you do more cardio, work on your heart rate, getting that ready, and skate more to get your body and endurance ready for the season. On the ice, in July, it's a lot of skill work. As we get into August, we start playing small-area games and scrimmages.

Mass Hockey: What are your goals coming out of your first season in Calgary?

Hanifin: At the end of season, I have what I want to work on and get better at. I’m someone who is constantly trying to get better and learn, and I watch other players to see what they do well. We’re always talking with Adam about the things we can do to get better, too. You can never be satisfied in the NHL. There’s always someone right behind you, trying to take your spot, so you have to constantly be working hard.