Recently, Massachusetts Hockey hosted our 2019 Annual Awards and Hall of Fame evening, in conjunction with our Annual Meeting weekend on Saturday, June 15, 2019 at Hotel 1620 Plymouth Harbor.

The Master of Ceremonies included our own Hall of Fame member and Hockey East Commissioner Joe Bertagna.

Saturday evening began with a cocktail hour before the about 200 guests were seated for the festivities.

Then, after dinner was served, our Hall of Fame Inductees were introduced and then sat down for a Question and Answer session.

Below is the program, some pictures and videos from the evening. 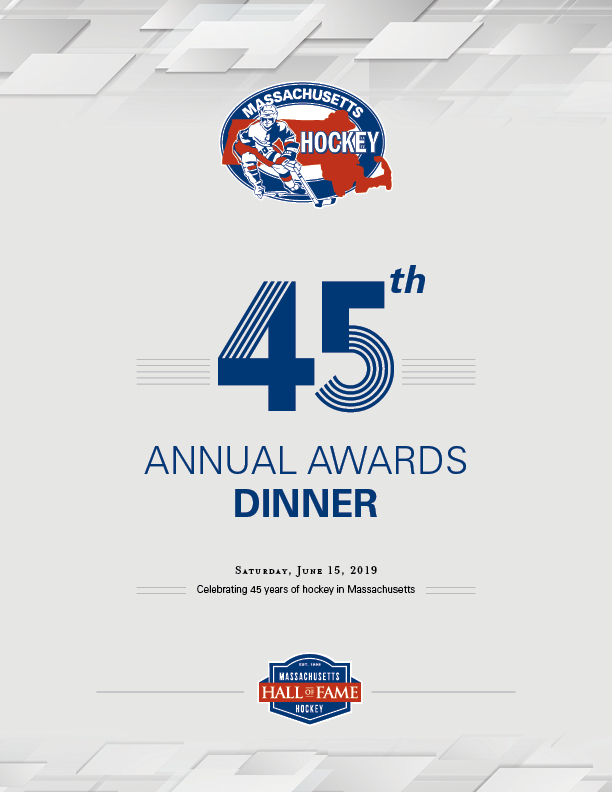 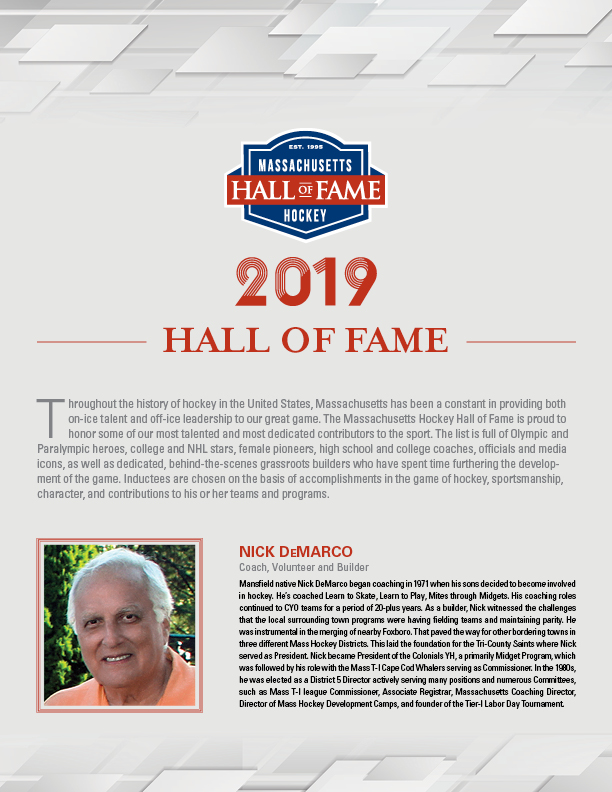 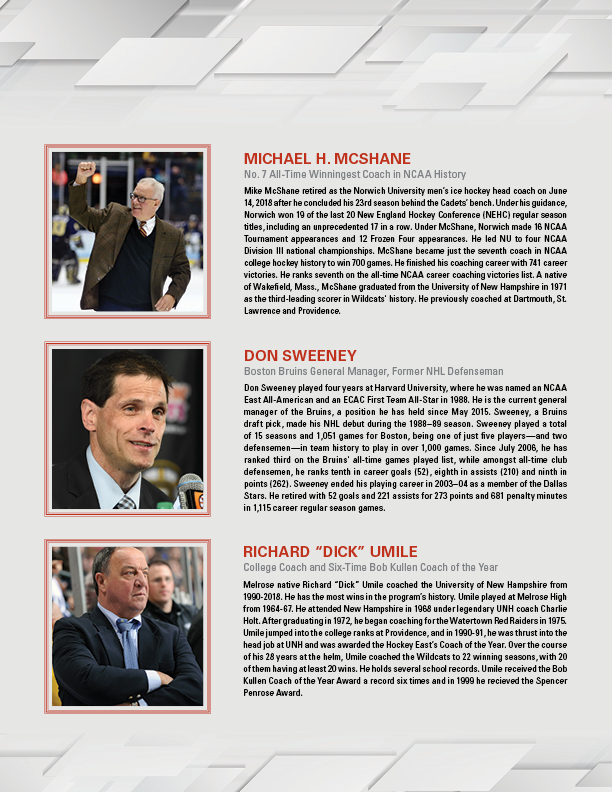 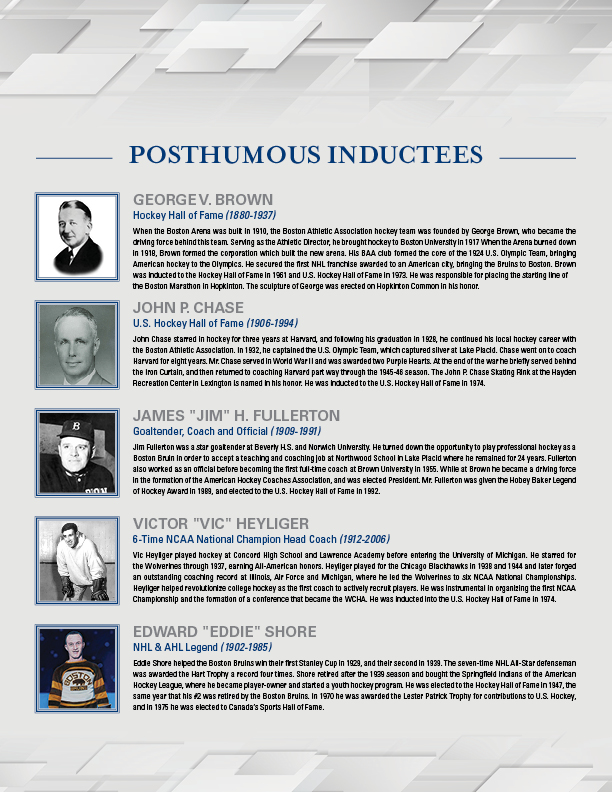 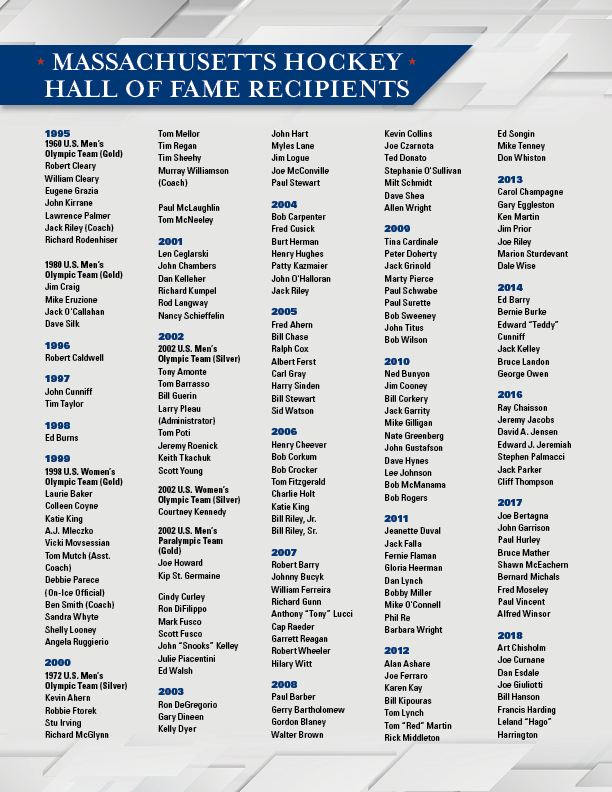 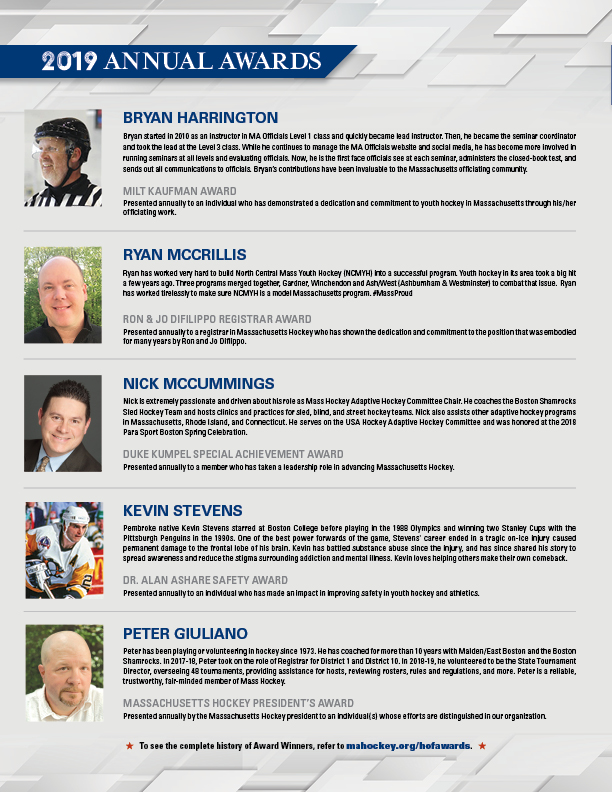