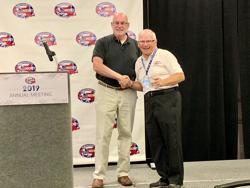 This past weekend Massachusetts Hockey hosted its 45th Annual Meeting, celebrating our volunteers, a number of new initiatives and adding new inductees to the Hall of Fame.

USA Hockey Program Services Manager Andy Gibson spoke with Massachusetts Hockey about the increasing growth in the state and how to maximize that growth at the program level.

The bid process for the 2019-2020 Massachusetts Hockey State Championships took place during the general meeting. Dates and locations will be announced at a later date pending final review from the tournament committee.

At the Service Award Luncheon, Massachusetts Hockey presented awards to see a list of the service award winners, see below.

In the evening on Saturday, the Annual Awards and Hall of Fame ceremony took place. For more information on the evening, please click here.

The business meeting concluded the weekend on Sunday morning.

Below is a complete list of the elected positions:

Lastly, the Legislative Proposals decisions were put to a vote. Click here to see the proposals.

We will post a separate wrap up once it is completed with a summary on Massachusetts Hockey Legislative Proposals. 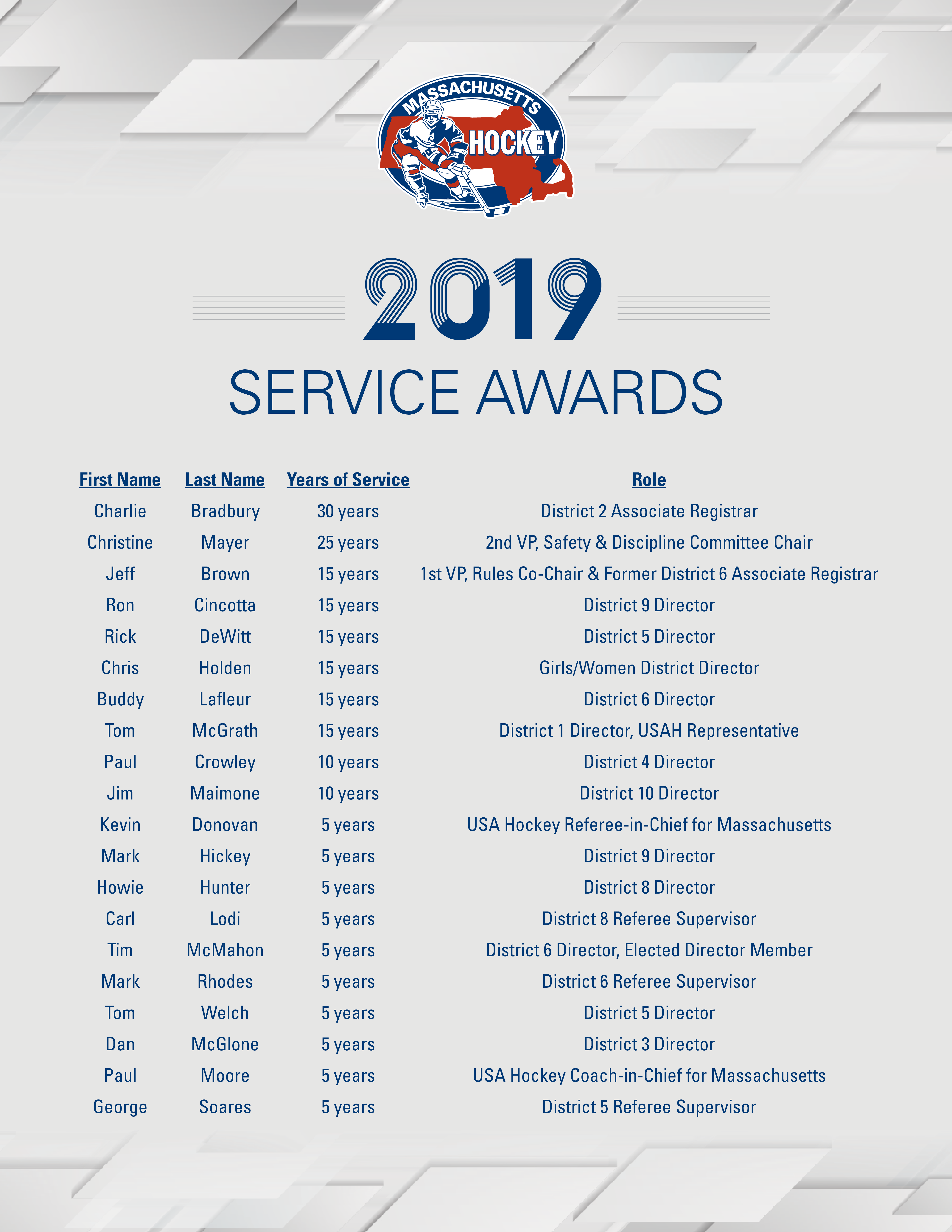