Looking to get bigger, faster, stronger this offseason? 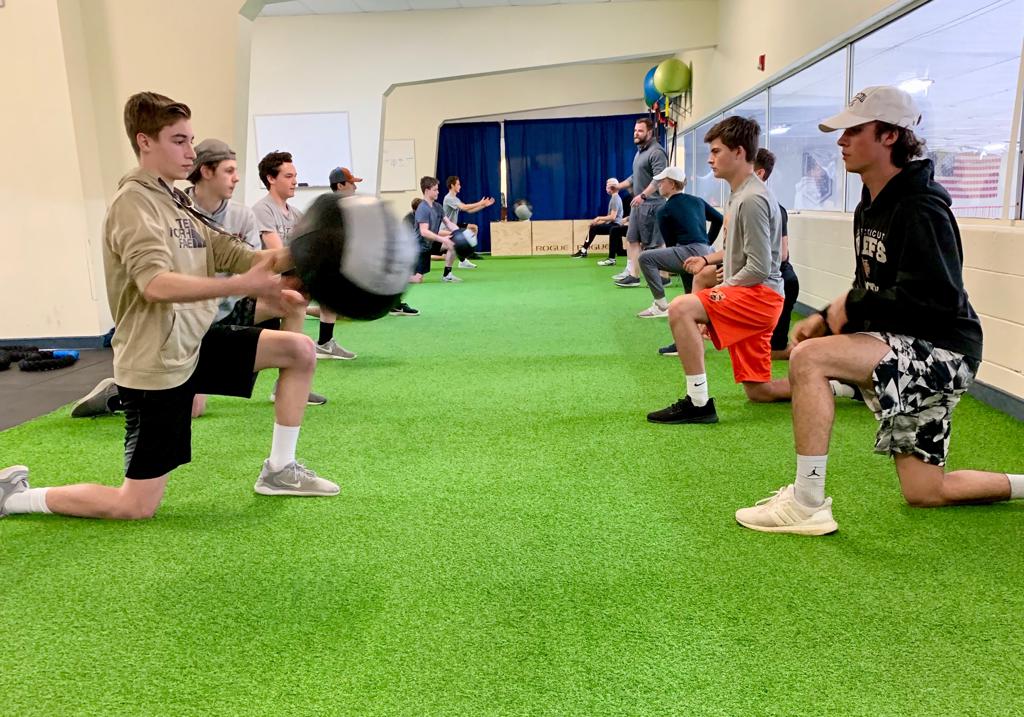 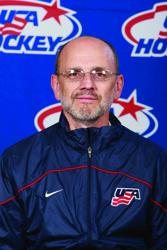 Now that the offseason is upon us, consider treating it as such. Unless you’re playing for the Bruins right now, a good many career hockey coaches and trainers would suggest Job 1 for your offseason training would be to pick up the hockey bag … and to set it aside.

Among them is Mike Boyle, famous for training athletes, particularly in hockey, for more than 20 years.

Boyle’s advice? Heed the offseason. Your future goals may be healthier for it.

“I think the big reason is to avoid long-term injuries,” Boyle says. “That would be the biggest reason to have an offseason.”

Over the past decade, Boyle has seen more troubling physical ailments than he’d care to count.

“I think we’re beating kids into the ground,” he says. “In truth, I think the athletes are getting better. But you’re seeing what we would’ve considered adult injuries in kids. You’re seeing kids having hip surgery. To me, it’s unimaginable that someone would let their high school kid’s hip get so bad that they needed hip surgery.”

Boyle has been in the position, while watching some of the nation’s best players come through his renowned doors, of seeing what it really does take to manage a career from a young age that leads to fame and fortune. He’s also in the position of not being a player’s parent or hockey coach.

“I will try to inject some realism with some parents,” he says. “The problem is there’s a difference between the legitimate phenom like Jack Eichel and everybody else. Everybody probably has good intentions in the sense they want to do what they perceive to be best for their kid. The problem with that is that the perception is pretty fuzzy.”

We know theoretically that the odds are long for even a good player to land a Division I scholarship, but some practical understanding of the system truly stacks those odds even higher. Rare is the high school player who steps out of graduation and into a Division I hockey program.

“There’s a need for a huge injection of sanity into the process, but I’m not sure that’s coming anytime soon,” Boyle says. “There are going to be one or two of those kids. But, for every one of those kids, there are 1,000 kids who [resent] their mothers and fathers. And that’s the thing that the parents don’t get. There’s no real benefit to what some of these parents are doing.”

For Boyle, there are always benefits to a player training sensibly off the ice during the offseason.

“It still comes back to bigger, faster and stronger,” he says. “What we’re looking for is a better athlete. Generally speaking, that means more speed, more size and more strength. But lower body strength needs to relate to speed to be valuable. What we don’t want to do is get a kid on a bodybuilding program just to get bigger. You don’t need a hockey specific trainer, but you don’t want to send your kid to a power lifter or a bodybuilder.”

Still, the likelihood a young player might get “too big” is remote.

“There is some need for additional size based on who you’re going to compete against, and it’s not as simple as saying you don’t want kids to get too big,” says Boyle. “For most people, the last thing I’d worry about is a kid getting too big. But when you’re looking at where to train a kid, I probably want someone who at least understands hockey.”

Boyle also advises parents who are interested in strength and condition programs for their kids to consider beginning those conversations in elementary school, as early as 11 or 12, to build a foundation.

“You explain that this is the beginning of what we call long-term athletic development,” Boyle says. “You have a phase that’s called ‘learn to train,’ and that’s about 11 or 12. I don’t care if these kids get stronger because getting stronger is going to be secondary to getting them to learn how to train. These kids are very oriented to play structures. And this is a little bit more regimented.”

The closer to that age, the better, according to Boyle.

Explosiveness Is the Key

The focus is on explosive movements.

“That’s all of it,” says Boyle. “I could not care less about conditioning in certain areas. It’s not only a waste of time but probably counterproductive.”

Also counterproductive can be poor nutrition. Unfortunately, when it comes to parents and kids’ eating habits, battle lines are drawn and the struggle is real.

“As a parent, I could say [nutrition] is hugely important,” Boyle says. “But the reality is that to just get your kids to not eat ridiculously bad is probably a success. You’re always picking your battles. How many battles am I going to pick today? From a nutritional standpoint I guess my advice would be to prepare to compromise.”

In Boyle’s eyes, hockey camps can be a complicated topic, too.

“I would tell people not to go to camp,” he says. “My kids had never done a weeklong camp. My daughter did go to the USA Hockey National Development Camp, but, other than that, we never put her in a camp.”

If hockey absolutely has to be on the menu, Boyle suggests making it a limited diet.

“If you’re going to look for camp, look for one that is a half-day,” he says. “When I see some camps have ice three times a day, I think, ‘That’s a good way to get hurt.’ Camps are trying to keep kids busy all day. The result of that is the kid ending up with a lot of useless running around. The only thing kids are going to get from that camp is blisters and sore groins.”

As an alternative to camps, consider skills tune-ups.

“I would much rather find a skills program that lasts an hour one night a week than have them spend all summer going from camp to camp,” says Boyle. “Ideally, you could play another sport. And I may be at the low-end, but, at least until 14, a kid should be multi-sport.”

So, this offseason, think about letting that term live up to its name.

“Anytime you can encourage your kid to do free play, it’s going to be real good,” Boyle says. “Street hockey, soccer, lacrosse, get out and interact with friends.”