When Brian Boisson took over the program four years ago, he was facing an uphill climb in getting a once-strong program – the program he grew up in – back on its feet.

“I had to start with the basics, like it was a brand new program,” says Boisson, who serves as president of the youth program and also coaches with the Lynn High School team. “I was born and raised in Lynn, I graduated from St. Mary’s in ’99, I enjoyed playing and I know how kids love the sport.”

So Boisson set out to start feeding the system from its earliest ages.

“I put up a lot of Facebook posts, I put up fliers in the city, and I collected a lot of good used equipment,” Boisson says.

In four years, the Learn to Skate program has grown from 21 players to more than 70. The Try Hockey for Free event increased in size from about 50 in November to 63 in late-February.

“Every time we hold it, we get more and more kids,” says Boisson. “I’m hoping that I can eventually split it into two hours.” 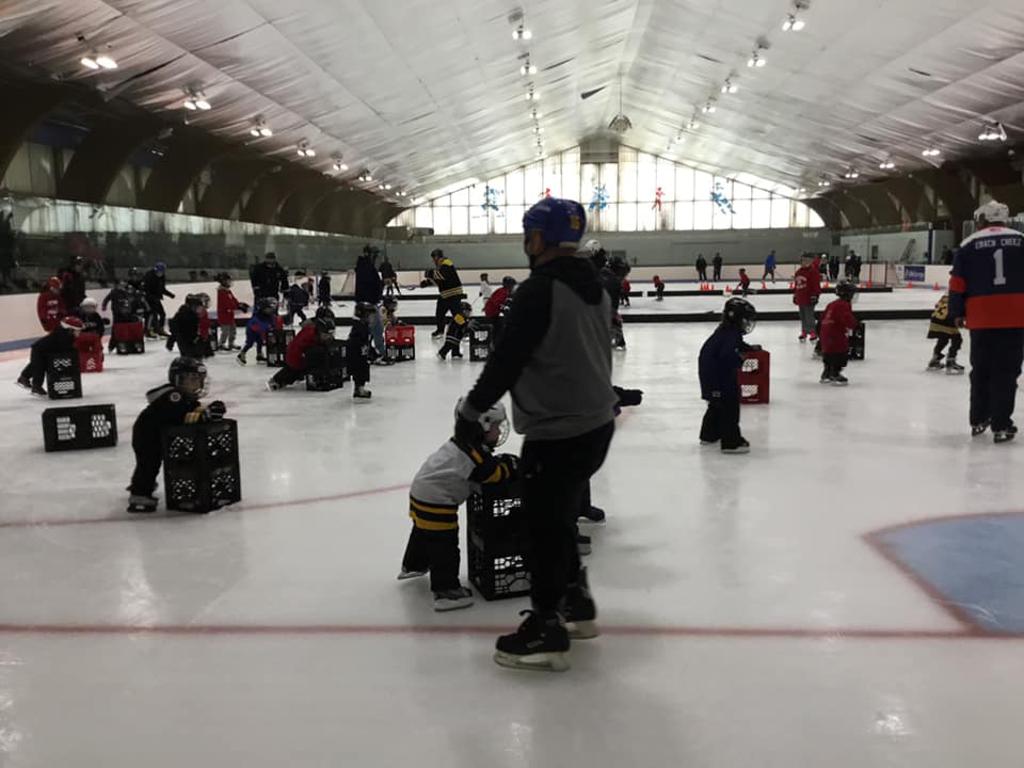 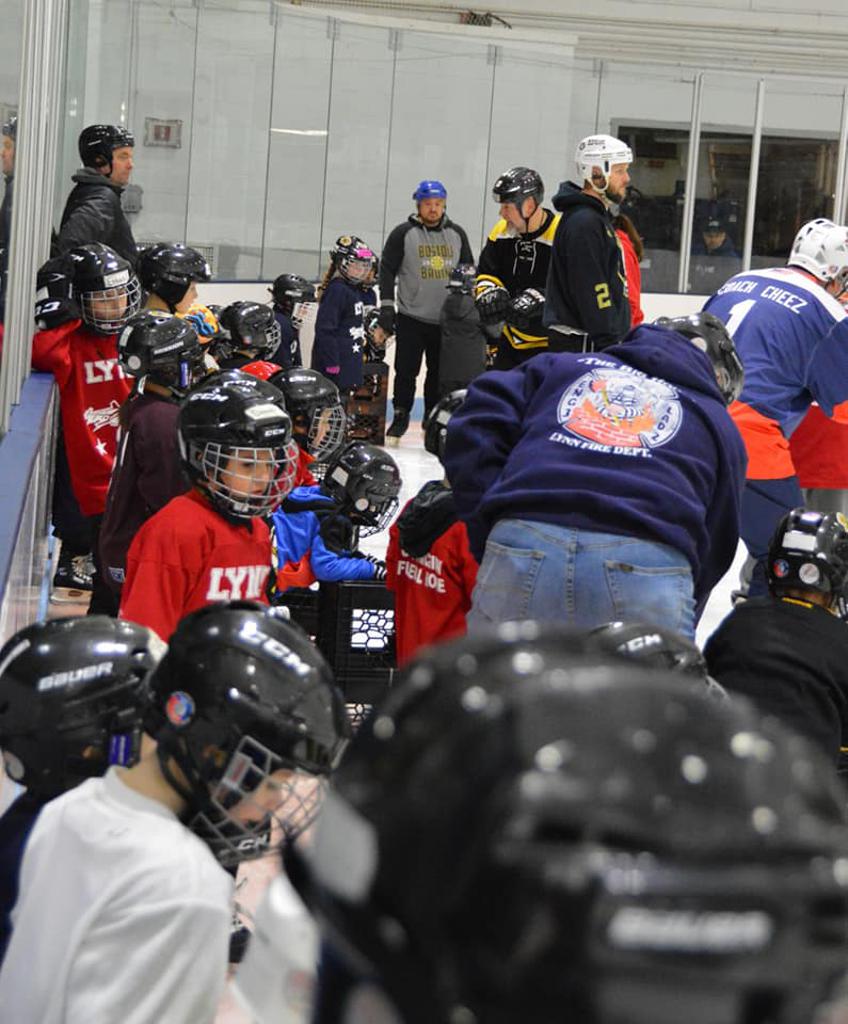 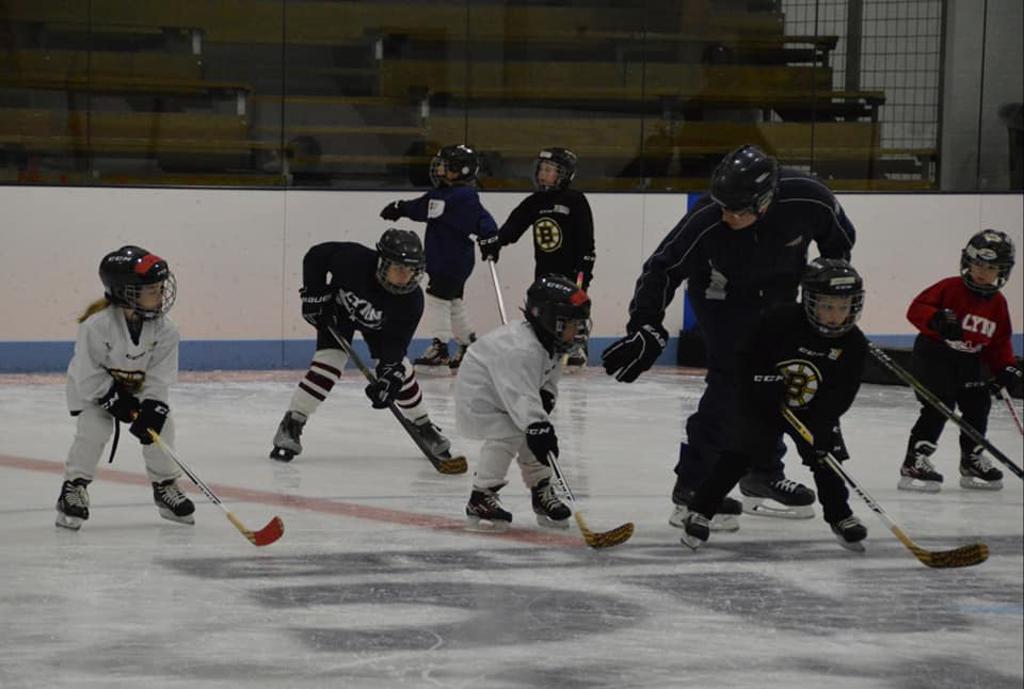 Deciding to focus on growing the younger ages, Boisson opted to treat success as providing opportunity in one of the most diverse towns in the state.

“We are giving kids the opportunity to try a sport they might never have had the chance to try,” he says.

Local businesses have also stepped up with grants that help defray the costs of participation. A year ago, Boisson figures he was able to outfit 10 or 12 players, head to toe, in gear. This year, it was 30.

“If they come out for Try Hockey for Free and the kid loves it, we can say, ‘Don’t worry about the cost,’ we’ll give them the gear and will get the tuition covered,” says Boisson.

At the Learn to Skate level, Boisson often looks to an old-fashioned way to grow the ranks, too: word of mouth.

“Every weekend, we always offer, ‘Bring your neighbor down,’ or, ‘Bring a friend from school,’” he says. “That’s one thing were always pushing.”

Learn to Skate is the foundation for the program that featured two mite teams, two squirt teams, a bantam and a midget team.

“I could expect to be light on teams for a year or two [at the beginning],” says Boisson. “But, in three or four years, I’d be looking at two teams at the squirt level. And we will keep growing like that.”

“Putting smiles on the kids faces,” says Boisson. “If you ever see the lobby at Learn to Skate, with 70 families packed in there, rosy cheeks and big smiles. That’s what keeps it going.”

“Just giving kids who may not have had a chance to play hockey, or parents who never thought it would be possible,” he says.

Boisson would be remiss if he didn’t bring up the work of Lynn’s Learn to Skate Director, Kevin Clougherty, who has served in that role for 16 years, well past the time his three kids went through the program.

“Learn to Skate starts at 9:30, but he’s down there at 8:45 every Saturday morning, ranting and raving and he can’t wait to get the kids in there,” Boisson says of Clougherty, whose two sons and daughter are all accomplished players. “That’s what the parents talk about the most, how well [our coaches] interact with the kids. They love the hockey. But they also love the coaches.”

For anyone wondering whether Try Hockey for Free seems like a good idea, Boisson has a message:

“They’re crazy if they don’t,” he says. “Just the stuff that USA hockey provides – the player cards, the stickers for the helmets, the free sticks that they send. A kid is leaving the rink and we’re saying, ‘Hey, we have goodies for you.’ You thought they were smiling before, and then you see that stick and it’s like you’re Santa Claus.”