The Delicate Balance of Parent Support

Like the game of hockey itself, supporting your child is a complicated endeavor. Are we too raucous in our cheering from the stands? Too muted? Too aloof on the car ride home? Too present? It’s not easy, and there are pitfalls everywhere. In the eyes of Jamie Rice, so many of these are paved with good intentions.

“The ingredients that make up dynamite are all inert, but it’s when you put them together that you get this lethal combination,” says Rice, who since 2004 has served as head coach at his alma mater of Babson and was recently named NEHC Coach of the Year. “And I think that’s sort of what we’re facing.”

When you combine genuine interest in a child’s success with a very competitive world and the expense of playing hockey, that’s a complicated setting. Hockey, and it isn’t alone among activities that may have a lever on getting into a competitive college, probably can’t be what it used to be.

“We live in an ultra-competitive society right now,” Rice says. “Because of that, I think it often times becomes hard to separate the doing for your child versus letting them do. And I don’t think it’s malicious. I don’t think it’s anything other than good intentions. If there is such a thing as loving or wanting it too much [as parents], maybe we’re there. But it’s with good intentions. How do you get upset with someone whose intentions are good?” 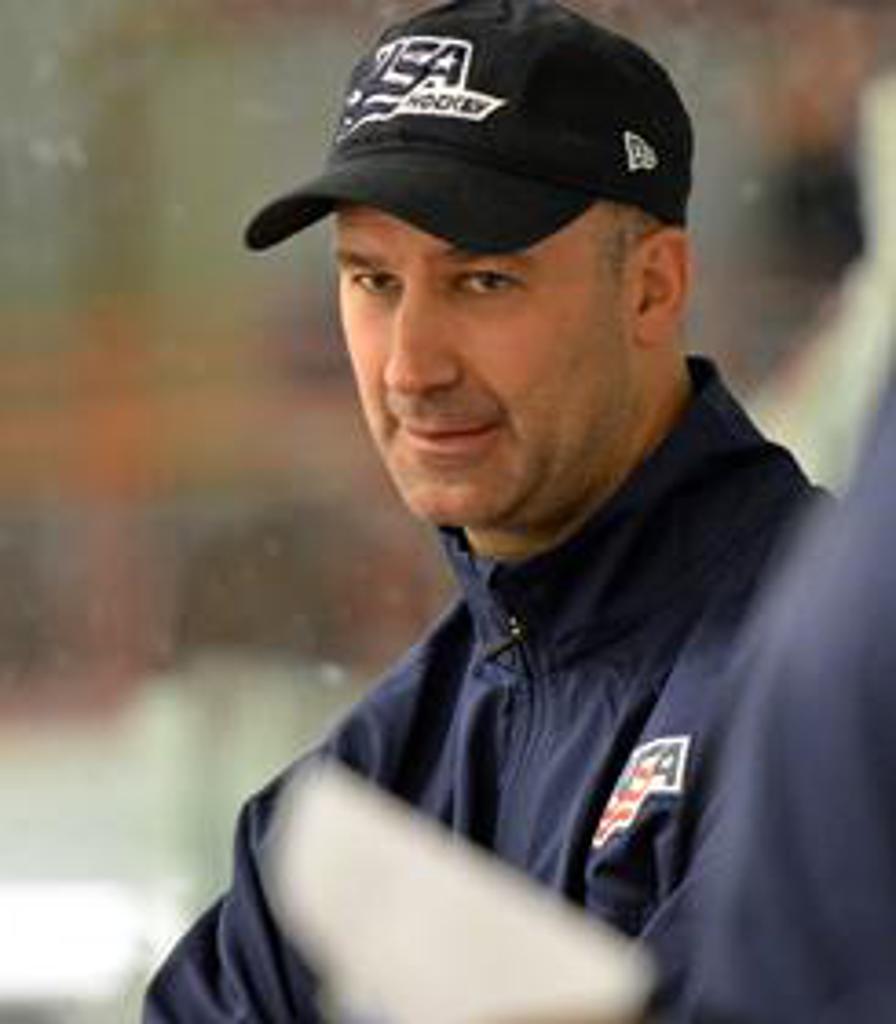 But that doesn’t mean some self-assessment couldn’t come in handy once in a while. Rice has a few thoughts about ways to check.

Keep it in perspective

The same is true of sports. There are only so many spots. And, if you think that your son or daughter won’t be taking one of those spots at “the next level,” one way to support them is to see today’s game or practice as the high point.

“When you look at the numbers, you might really appreciate that, for the majority of kids, the pinnacle of their sports careers is somewhere in the youth level, pre-high school,” says Rice. “So, it’s not only will your child not play professionally, youth sports might be the highest point of his or her athletic career. When you can hopefully embrace that perspective, maybe it can change how you view the experience. Maybe there’s a way to say, ‘It’s just a sport; it’s not life-and-death and it’s just an experience.’”

Take hockey it for what it is

Hockey very likely isn’t going to be a ticket to the National Hockey League for your child. But if you walk into a locker room at a random rink on a random night for an adult hockey league game, you’ll find a room of players who wouldn’t want to be anywhere else.

The same qualities that brought players to the game may bring them back, no matter the level, for the better part of their lives.

“I think everybody starts because they want the kids to be involved in a team activity,” Rice says. “It’s a great opportunity to grow. You can see your kid make huge leaps and bounds. You get to know the families pretty well because you can’t just drop the kids off when they’re young. People want their kids to be on a team and have some fun, have a social experience and do something physical that they love. Those things are all the same. I’m positive of that.”

Let them fail (but not suffer)

“Yeah, this is hard,” concedes Rice. “No one wants to see their kid fail or suffer. But I think that’s too often where the difficulty lies – that too often those two things get linked, failure and suffering. Because when your kid hurts you hurt. I bleed for my son and my daughters when they are having difficulties or struggling.”

It may also help to take a good look at what failure – or success – and suffering look like in your own mind. If it’s that your son or daughter isn’t stacking up against his or her peers, maybe that’s not quite fair, particularly if that leads to conversations about moving to a new program or blaming a new coach.

“Is it your kid’s failure or someone else’s success that gets the burr under your saddle,” Rice wonders. “I think the feeling now is that, if you don’t score, you can’t be on that team. So we term it failure when it really isn’t.”

Often, a player’s resilience will surprise a parent or coach. Rice’s Babson team, only a few days removed from falling in the NCAA Division III national semifinals to eventual champion Norwich, noted that his players – some of whom will never play a competitive hockey game again – had already started to turn the corner.

“I think it’s the opportunity to support them without plowing over a trail for them,” says Rice. “In my non-illustrious academic career, I don’t think my parents ever called the teacher to ask what they were going to do about my grades. But I do know my father said, ‘What are you going to do about this,’ in fairly firm terms.”

Dare not to compare

Comparisons can hurt, too. Again, this comes with an asterisk. Very little of this is easy.

“It goes back to the nature of our society now,” Rice says. “Because if you get a B on your report card now, maybe you’re not going to get into a selective college. Pressure is real, and it’s a real thing at every level of sports and life. And I think pressure is creeping downward to younger ages. There’s a loss of innocence in, ‘How do I stack up? How do I compare to X, Y or Z? Suzie’s going to Stanford. Why am I not going to Stanford?”

Rice has a life study before his very eyes. With twin daughters, he knows just how different even twins can be.

“In some ways, it’s like they’re from different families,” he says. “Same parents, same household, same experiences and yet they’re different.” 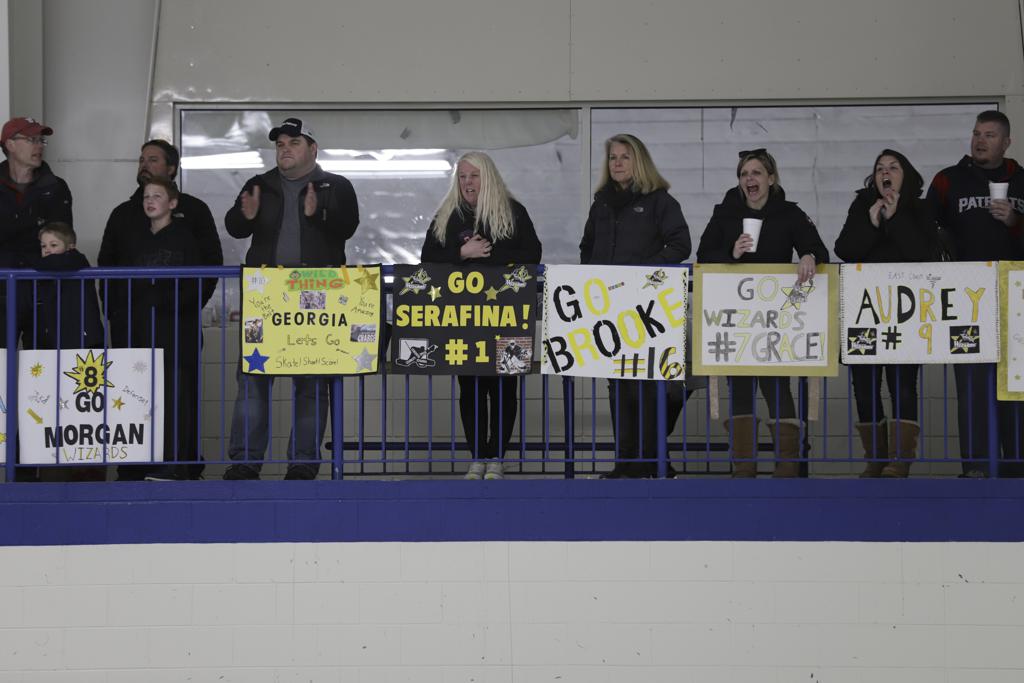 “for the majority of kids, the pinnacle of their sports careers is somewhere in the youth level, pre-high school.

So, it’s not only will your child not play professionally, youth sports might be the highest point of his or her athletic career.

"When you can hopefully embrace that perspective, maybe it can change how you view the experience. Maybe there’s a way to say,

‘It’s just a sport; it’s not life-and-death and it’s just an experience.’” 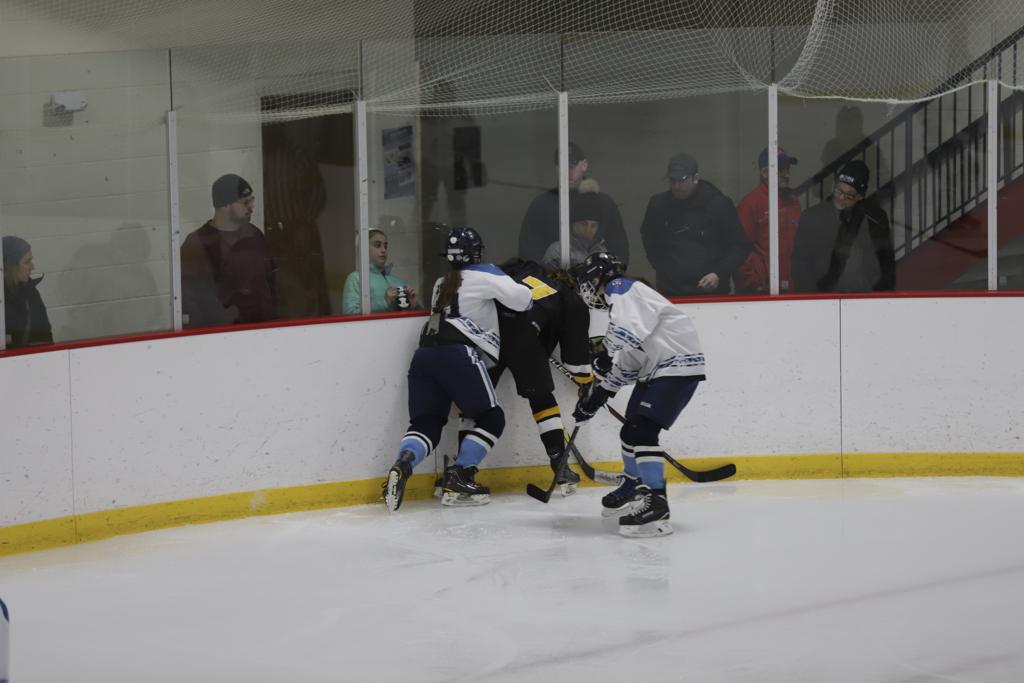 Don’t be a know it all

Thanks to the internet, there’s a whole lot of information out there—maybe too much.

“When I speak at the Level 4 clinics, I speak a lot about practices, and if you Google ‘hockey systems,’ it comes up with millions of hits in like .02 seconds,” says Rice. “At some point, you have to make a leap of faith and trust that your child’s coach, organization, local body and governing body is doing the best they can. That doesn’t mean you can’t do your own research or think there’s a better way to do things, but the simplest inventions still work well.

“Cross ice hockey makes sense. I’m not sure my father thought my first Little League coach was good bad or indifferent. But I don’t think he was second-guessing how I was being taught to bunt or field a ground ball.”

It should surprise no one to know that coaches appreciate a good kid. And that will only serve him or her well no matter the activity.

“I think many of these things have always been true,” Rice says. “Look you in the eye, good handshake, able to hold a conversation, humble, self-aware, not pampered or spoiled and with some grit. Those are some of the things that strike me among the kids we’ve had who have been successful.”

“I will say this, and it’s certainly different for us, but I’ve said for years that if the kid is late, it is usually the parent’s fault,” says Rice. “My 8-year-old can’t get to the rink on their own. As you get older, of course, you take more responsibility. But, by and large, there are not a lot of bad kids.”

Carry their own equipment?

“Carrying bags and shirts and sticks, that’s a place you can let them fail,” Rice says. “Let them drag a bag. Let them put their skates on the wrong feet. Let them figure out how to put on their own gear. You play, you carry.”

Cheer in your own way

Let’s hope that an 8-year-old whose only crime is living in another town doesn’t find themselves in the crosshairs of an adult from the stands. Would it be the worst thing for a kid or for the sport if he or she walked into a rink in another town and felt just as supported as at home?

“Cheer for your child or your child’s team,” says Rice. “Don’t cheer against other children or their teams.”

In terms of a handbook on the right way to cheer, well, that doesn’t exist, certainly not in a world of viral videos and social media.

“I think you have to be comfortable being yourself,” Rice says. “But like we would tell our kids, anything you do it’s probably going to be captured. We may have to ask ourselves, ‘Do I want to be the viral story?’”

Rice, who for the better part of 30 years, has watched games in which he has vested interests as a coach or scout, tends to stand back while watching his kids.

“I might be too far the other way sometimes,” he says. “I think my kids could benefit from me giving a fist pump on the sidelines. But I stand by myself and I just watch.

Make it a pleasant ride home

When it’s all said and done, and the car is packed, no matter how hard the game was or how long the ride back to the house is, make it worthwhile. Even, or especially, when that inner coach kicks in.

This is when a side trip might not hurt.

“Something that gets peoples’ minds off of it as quickly as possible is probably not a bad thing,” says Rice. “If the kid wants to go to Dunkin’ Donuts, a doughnut isn’t going to kill him. And … maybe the parent remembers it’s just a game and the kid loves it and is having fun.”